Carole Tamba
Journaliste
Posté il y a 2 mois
239
vues
November 6, 1982 – November 6, 2022.
Forty years of which it is legitimate to take stock, the assessment of course depending on the pers- pectives of understanding, as well as ideological orientations. Nothing could be more normal, Cameroon being by its fundamental law, a plura- list democracy.

As far as the Cameroonian Defence Forces are concerned, these last four decades have served as an indicator of an unwavering loyalty to the Repu- blican Institutions, a loyalty accompanied by an unflinching, even priestly commitment, coupled with sacrificial devotion and selflessness in the fulfilment of duty.

Shortly after having secured the peaceful transi- tion at the helm of the State, the Cameroonian Army exorcised its own demons by opposing the April 6, 1984 attempt to overthrow the Institu- tions. Two years later, our soldiers braved the deadly gas oozing from the bowels of Lake Nyos, to save the people of Wum, in the North-West Region.

The gigantic fire in the Nsam neighbourhood in Yaoundé, the floods in Maga in the Far-North, the tragic railway accident in Eséka, and more recent- ly, the landslide in Ngouaché in Bafoussam, are all disasters and catastrophes in which the Cameroo- nian Army intervened to mitigate the effects on people and the environment.

At the purely operational level, the missions of ensuring the people’s security and preserving the integrity of the national territory have multiplied considerably over the past forty years. From the defence of the Bakassi Peninsula to the hunt for highway robbers, from the eradication of maritime piracy to the fight against various forms of terro- rism, our Army has always been at the forefront, with the support of the entire Nation.

During this same period, and in conjunction with its cardinal missions, the Cameroonian Army has put the duality of its capabilities to greater use, in

support of the development process of our country. Many lines of communication, medical and health, school and telecommunications infrastructure have been built, with doctors, engineers, techni- cians, nurses and military trainers making it a point of honour to work for the welfare of our people.

It is worth mentioning that in the meantime, the level of training, the quality of equipment, and the living and working standards of the staff have improved considerably.

In addition to being an increasingly efficient tool, the Cameroonian Army is a point of reference in Africa and in the world, in terms of successful harmonisation of national sociological diversity, operational capabilities, academic training at all levels, and above all, honour, loyalty and allegiance to the Republican Institutions. 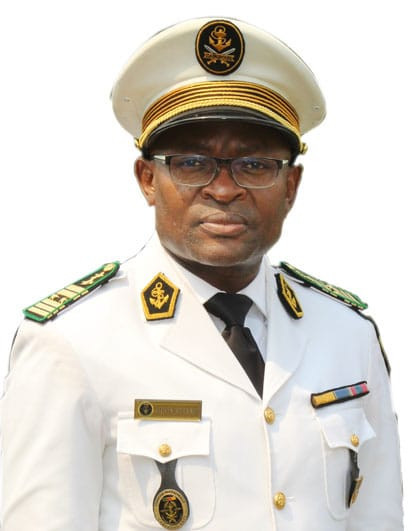 Extract of Honour and Fidelity Éditorial Number 112 of November 05, 2022 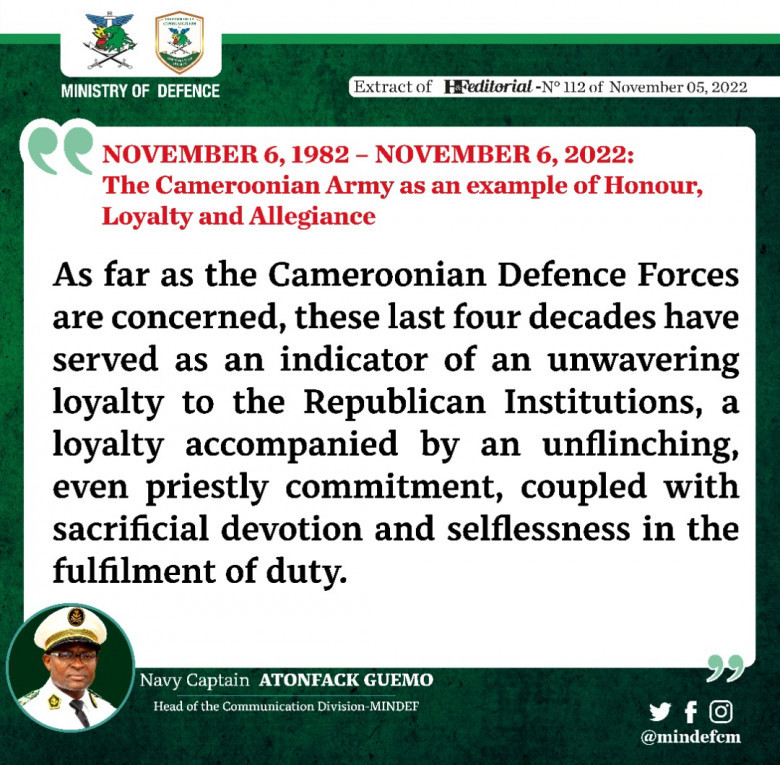